Check out the latest and greatest thought leadership from the Morphii team.

Net Promoter Score (NPS) numeric ratings intend to predict how customers might behave in the future. The developers of the rating system promote this method of study as a way to measure “brand health.” This method, though, relies on consumers to develop a sentiment, or judgment, of the brand – without regard for the emotional components and interactions that inform their sentiment.

U.S. adult customers – 986 of them – took the opportunity to answer the traditional NPS question, “How likely is it that you would recommend our company to a friend or colleague?” They responded with numbers within a range from 0 (not at all likely) to 10 (extremely likely). Most (39.6%) responded with a 10, and 9.5% responded with a score of 0. This left 50% of surveyed customers somewhere in-between.

Based on these responses alone, though, what could the company actually discern about their customers? Not much, actually. In asking one more question – “How are you feeling today?” – they learned something quite intriguing… Using Morphii Technology, customers reported the type and intensity of their mood on the day they responded to the survey – ultimately, giving the company an indication that customers’ NPS ratings might be influenced (biased) by their mood.

As the following graph suggests, there was a correlation between the NPS rating and the likelihood that the customer was in a good mood. About 85% of the customers who responded with 10’s reported a happy mood, whereas only about 52% of those responding with 0’s reported the same mood state. In fact, we see that happy moods were reported less and less as NPS ratings declined, and grumpiness was reported more and more.

Mood at time of NPS rating 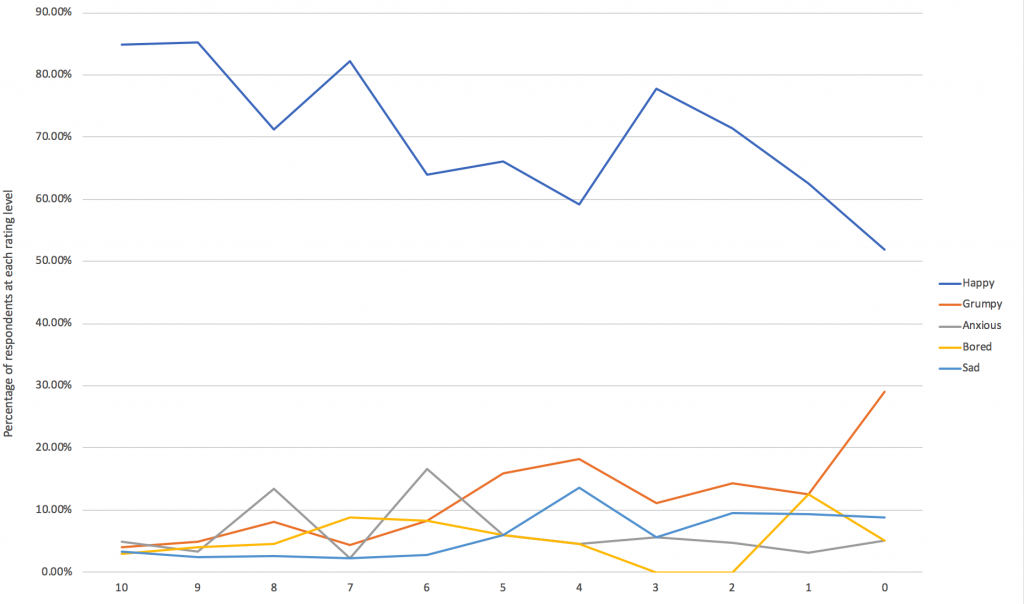 To understand the emotional connection and learn about subsequent behaviors, customers were then asked, “How do you feel about the company?” Morphii Technology provided a mechanism for customers to register and relay the type of emotion they felt and the intensity of their feelings without having to interpret arbitrary numbers and scales or elaborate explanations. They simply dialed it in – offering a true reflection of their feelings toward the brand. 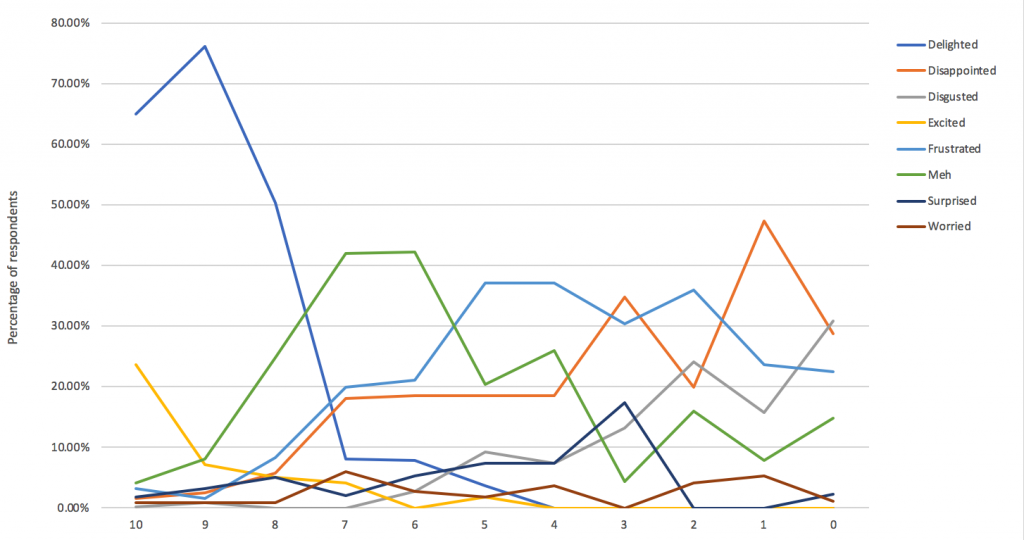 So, what did the company learn about their customers? 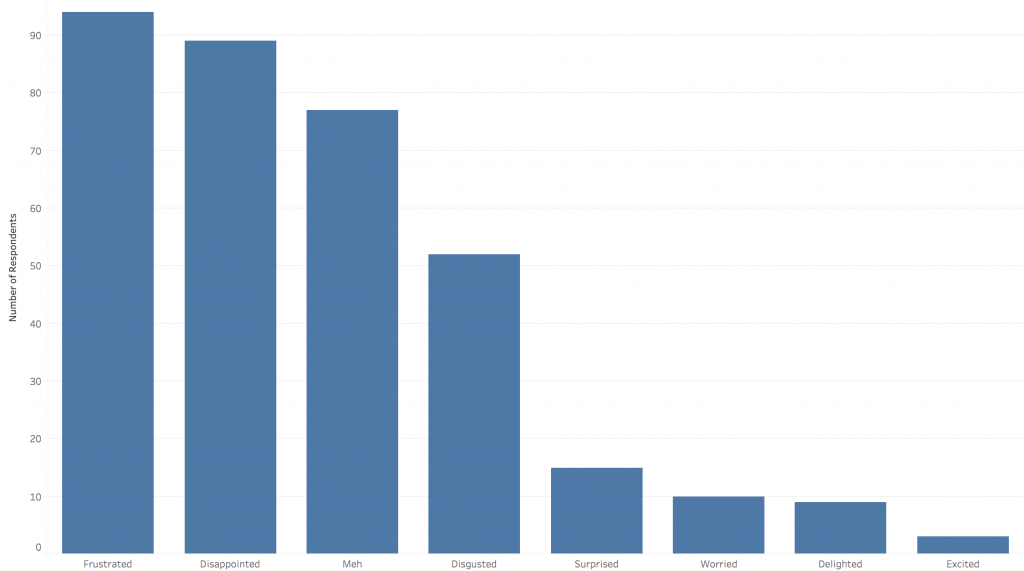 Sum of Number of Records for each Selected Morphii Display Name.

By focusing on the emotional core of customers’ experiences, the company learned that their customers feel many different things about the brand and its competition. Their customers are motivated to approach, engage, distance themselves from, or even behave aggressively toward the brand. Not only does this help the company understand the NPS ratings the customers provided, but more importantly, it reveals something about why customers score the brand the way they do, and what the customer is likely to do in the future.

Understanding customer emotion in addition to NPS allows businesses to group customers based on retention risk, needs, and behaviors. This intelligence fuels the prioritization of investment decisions such as marketing, call routing, and offers.

How much more could you be learning about your customers with Morphii?